ASH DIEBACK: THE DANGER TO PROFESSIONALS

Ash dieback: the danger to professionals

Trees infected with ash dieback are dangerous, even to experienced arborists. Know the risks and learn how to stay safe.

Ash dieback, or Chalara, is devastating one of the UK’s most common tree species. Experts say that the disease will kill 80% of the UK’s ash trees in the next 50 years.

We’ve written about this subject before from an ecological angle. This time we will focus more on the risk to tree workers.

The BBC recently reported on increased tree work-related fatalities, suggesting that this has been at least partly caused by Chalara.

“Whereas HSE receives notice of about three tree work-related fatalities in an average year, in 2020-21 there were 10 with eight attributed to branches or a tree falling onto people.” - BBC

We can’t yet confirm that the rise in accidents is due to ash dieback – the reports from the Forest Industry Safety Accord (FISA) and HSE just aren’t that specific at the moment – but it’s a worrying trend.

Anecdotally, lots of arb professionals are worried by a lack of specific training on how ash dieback-infected trees react. They’re unpredictable, catching tree workers unawares with tragic results. Several arborists have been severely injured or killed by Chalara-infected trees. Many more have had near misses.

But the risk to life is real. Infected trees do disintegrate easily – far more easily than you might expect – shedding brittle branches (which can shatter on impact, increasing the risk zone), falling unpredictably, and generally behaving in ways that take aback even expert arborists.

Ash dieback is caused by an invasive fungus (Hymenoscyphus fraxineus). It made the news in the UK around 2012, although later analysis showed that it could have infected trees as early as 2004.

In just a few years it became obvious that the UK would lose of most of its ash trees and see a corresponding drop in biodiversity.

The ecological tragedy comes with a material cost. Dealing with swathes of ash-dominated forest, tree-lined roads, and specimens in hard-to-reach areas has already cost millions. The National Trust spent £2m on felling infected trees in 2020 alone (about four times more than its average tree felling bill).

Many landowners are understandably reluctant to give up on trees that make up a large part of their woodlands. But the longer diseased trees are left to degrade, the more expensive and dangerous they become to remove.

Timber firms are suffering and will continue to do so. If a tree has been infected for a while, the timber may well be unusable, casting doubt on existing stock. On a smaller scale, estates that make money from firewood will miss the abundant, self-seeding ash.

While some arborists are seeing a short-term financial boost from ash dieback, many will suffer in the long-term as regular ash work vanishes. Simon Bowes wrote an excellent article on this subject in 2021:

I had planned to carry on thinning ash for firewood for the foreseeable future, over the remaining years until I retire . . . It’s now finite, the current thinking is maybe five years until there is no ash left. – Simon Bowes, Forestry Journal

What can be done?

Controlling the movement of ash dieback is already a lost cause[1]. It spread aggressively from the southern counties and is now seen throughout the UK. There is no cure.

Why is ash dieback so dangerous?

When ash wood dies, it becomes brittle faster than most other species (for example) elm. Arborists who’ve worked on hundreds of Dutch elm disease cases can be lulled into a false sense of security, as ash trees with similar levels of infection can be far more prone to collapse.

Sarah Marklove, bts Senior Contract Manager in East Anglia, added that the structural integrity of the tree can also be affected by secondary pests and pathogens. “Things like basal legions, honey fungus, shaggy bracket and giant ash bracket all have the potential to make an ash tree even more unstable.”

The dangers of ash dieback to professionals

“What remains crystal clear in operations involving the felling of diseased Ash is that it is both uniquely dangerous and uniquely unpredictable.” – Euroforest

Much of the danger stems from overconfidence, says Paul. “What people don’t know is what they don’t know,” he explains.

Tree surgeons with years of felling experience think they know how any tree is going to respond, but Chalara-infected ashes have a different set of rules. This article from the Forestry Contracting Association starts with a perfect example – the time when the author, a highly experienced tree cutter, barely missed disaster.

“I finished the cut and the tree began to move. It started perfectly but after the top had moved hardly any distance it broke away and smeared the beech into firewood.” - FCA

Adding to the danger is the human tendency to miscalculate risks based on some variation of “it was fine last time”. “The arborists are braver than they need to be,” says Paul.

Near misses should be treated extremely seriously and trigger a review of work methods.

“Close shaves happen because you did something wrong. Four or five falling branches might miss you, but the next might kill you.”

“First and foremost, it is important that surveyors and arborists can identify the signs and symptoms of the disease,” says Sarah.

“There’s no point hunting for ash dieback symptoms on an oak tree,” as Paul points out. Make sure you know what you’re looking for. 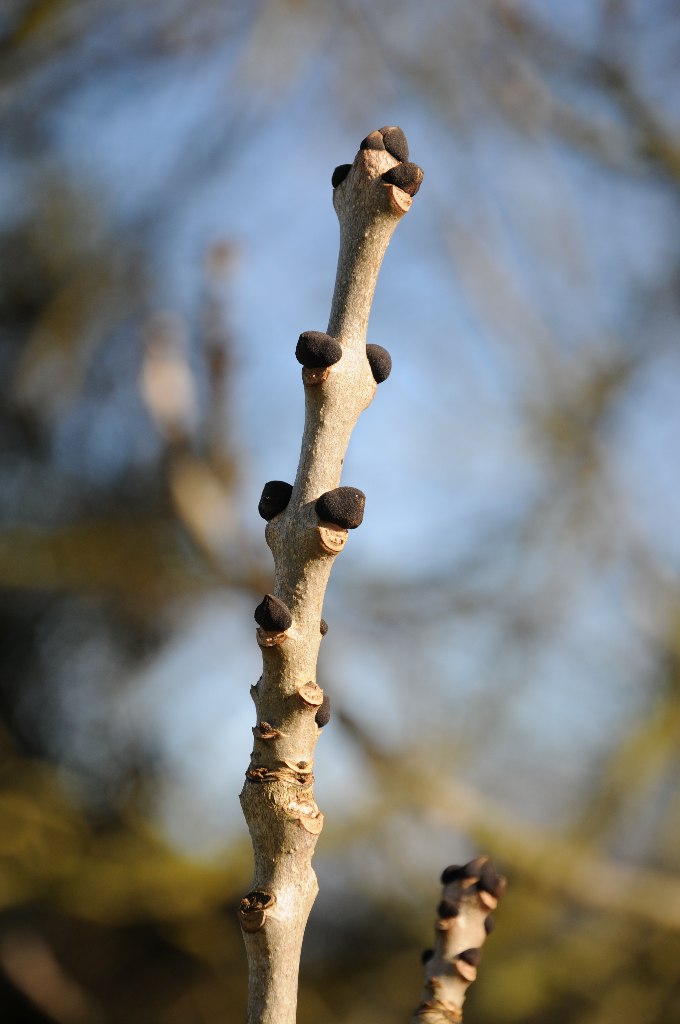 Check out the article Know your ash from your elbow, by Paul Kirtley, for a detailed guide on identifying ash trees.

Regardless of the above, if you cut into an ash tree and notice:

Then the wood is probably unsound. You won’t be able to rely on any felling hinge you create.

Ash dieback progression is measured by estimating the remaining foliage. The higher the class/category, the less stable the tree.

Class 3-4 trees are dangerous. Climbing should never be attempted. Chainsaw work is a last resort.

AD progression in both individual trees and wider populations is assessed by estimating the remaining foliage.

“A detailed risk assessment and method of work should be created, communicated, and understood by all of the working party,” says Sarah. “It is essential that every effort is made to fell mechanically (i.e with a tree shear or grapple saw) and to keep any chainsaw operations to an absolute minimum.”

Making a hash out of ash – Forestry Journal

[1] Obviously, that’s no reason to get sloppy with biosecurity. You still risk tracking other pathogens/invasive species in and out of a site.