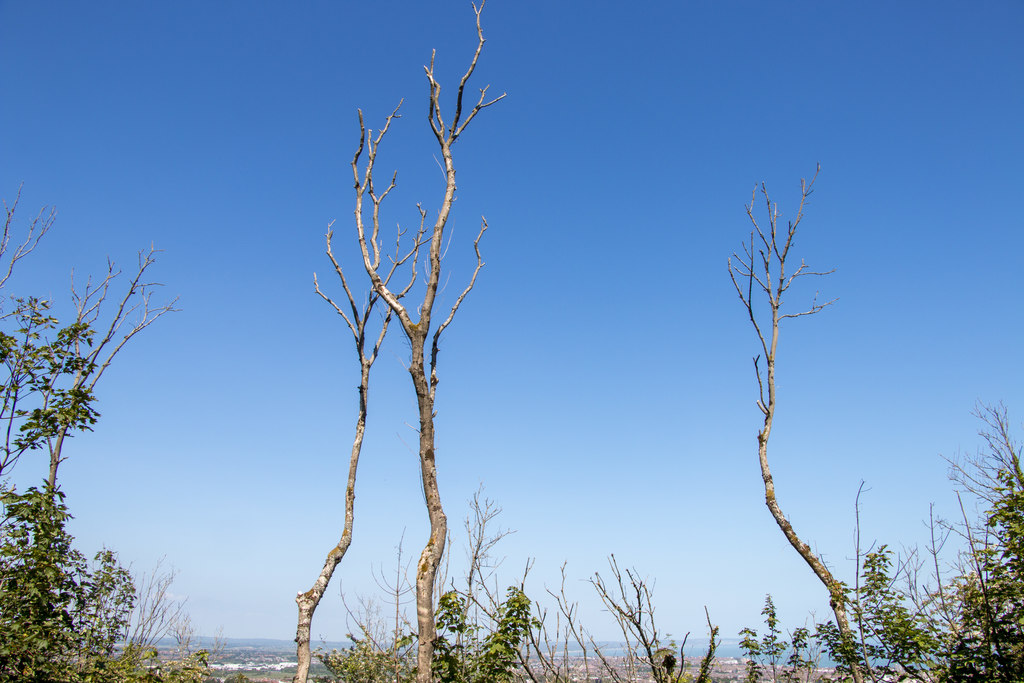 Ash Dieback (AD, also known as Chalara) hit headlines in 2012 as a new, aggressive tree-killing disease. That seems a long time ago. In less than a decade, AD has marched through the UK and now affects trees nationwide.

England’s southern counties show dramatic signs of the disease, and early symptoms can be seen across the UK.

The likely impact of Chalara is the loss of ash trees in towns and cities, rural areas, and woodlands. We should expect a corresponding reduction in current biodiversity.

Local authorities in England have already spent hundreds of thousands of pounds. Before it is all over, AD is projected to cost the UK millions.

AD progression in both individual trees and wider populations is assessed by estimating the remaining foliage.

What can be done?

They also encourage the public, landowners, and industry to take action to tackle the disease, and to avoid further negative consequences from inappropriate actions and works.

We’re talking damage mitigation here – there is no cure – but it’s still a vital task.

Many infected ash trees stand on the roadside, close to essential infrastructure (e.g., powerlines or rail track), or within falling distance of occupied buildings. Many of these trees are becoming hazardous, which gets worse when they suffer repeated infections.

Of course, tree hazards presenting risks to people and property is not new – arborists have been dealing with Dutch Elm Disease (DED) for decades. But the scale of AD overshadows even the most severe DED outbreaks. The number of trees lost to AD in the next five to ten years could match those lost to DED in the past three decades.

Worryingly, the arboriculture industry is short on the labour and skillsets needed for the potential workload. Commercial tree work operators don’t have the capacity to embark on what may become a national management programme.

Anecdotal evidence suggests that ash trees, already known to be challenging, are increasingly hazardous to work with as AD progresses and secondary pathogens (Honey Fungus in particular) take advantage of the stressed ash trees and promote further and speedy decay.

Utility arboriculture has an additional challenge: the majority of large Ash Dieback-infected trees within falling distance of overhead electricity networks and rail track are owned by third parties who may not wish to have infected trees pruned or felled.

The extra financial burden of managing AD would never be welcome, but it’s even less so in the current pandemic. Tree owners and managers may struggle to fund works to make safe or remove a dying ash population.

Controlling the movement of AD, I hope, is recognised as lost cause – effort and funding should be funnelled into saving trees where it is safe to do so, in the hope that a few will demonstrate some resistance.

Tree managers will need to find creative ways to access money for the management of AD as they compete with the pressures on funding exercised in the response to COVID-19.

¹ Essential information on the felling of diseased ash