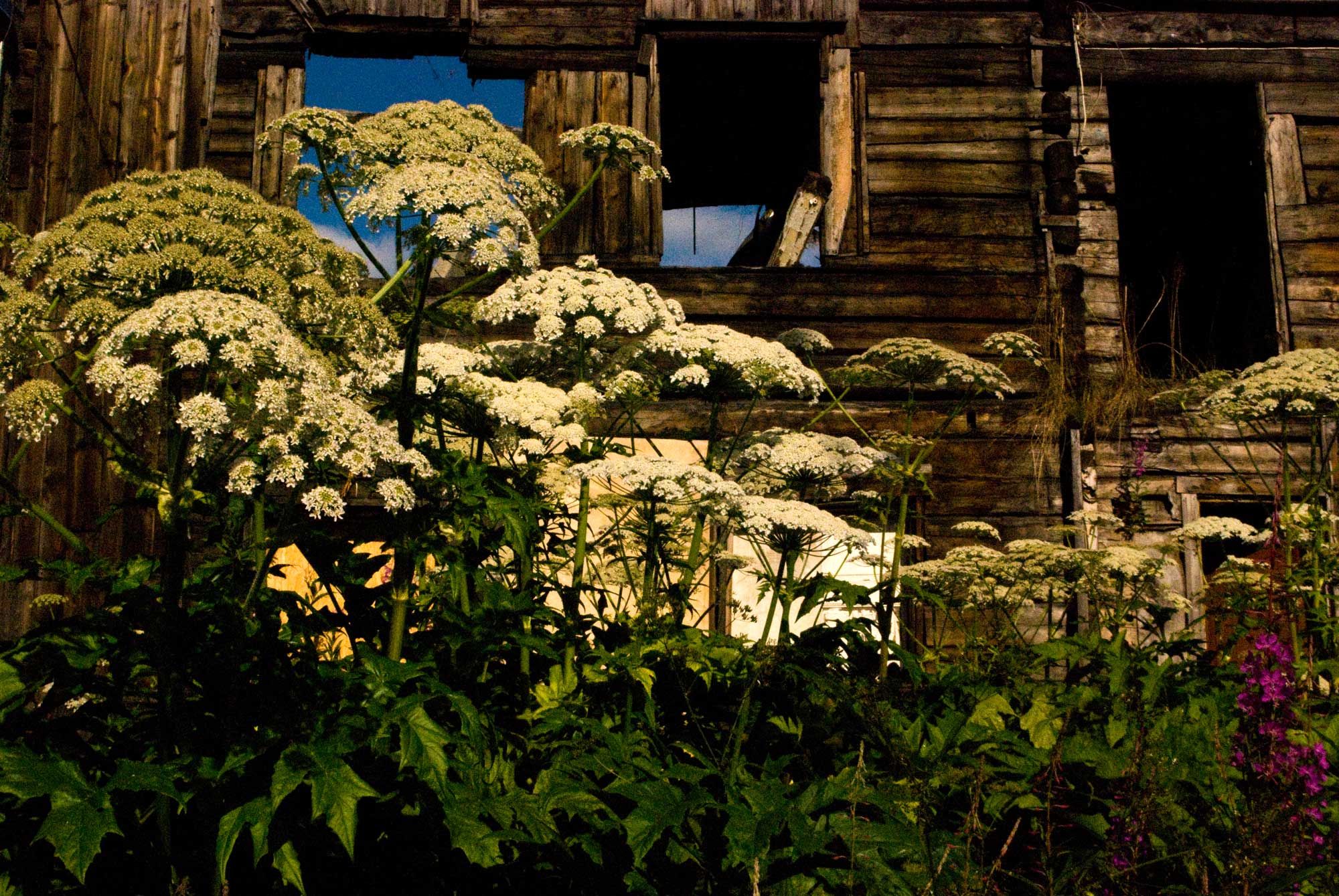 Giant hogweed might seem harmless – it looks very similar to common native species – but it’s dangerous to the unwary.

In May, eagle-eyed gardeners, horticulturalists and arborists will start noticing a familiar, sharply-serrated leaf among the spring vegetation: giant hogweed.

The sprigs won’t stay small for long. Giant hogweed, a species first brought to the UK as an ornamental plant, can reach 3.5m/11.5ft in height, with flowerheads (‘umbels’) of up to 60cm/2ft.

If the sap gets onto your skin and the area is exposed to sunlight, your skin can come up in a rash and blister, sometimes badly. It’s painful, and it’s not over and done with quickly – the blistering can recur over months and even years.

The reaction is called phytophotodermatitis.

If the sap gets into your eyes, you risk eye damage and even blindness.

If you get giant hogweed sap on your skin:

If you get giant hogweed sap in or around your eyes

Protecting yourself from giant hogweed

Prevention is better than cure – the first line of defence should be stopping the sap getting onto your skin at all.

First, learn how to identify giant hogweed (see below).

If you see the plant while out and about, don’t touch it. Notify your local council if the problem is on public land (e.g. by the river).

If you identify giant hogweed on your land, think about the scope of the problem. If there’s a lot of it, consider calling in a professional. They should wear full protective clothing, including face protection (especially if using a strimmer).

If you decide to deal with the problem yourself, take precautions.

Giant hogweed is a controlled waste. If it’s taken off-site, it has to be disposed of in licensed landfills with specific documentation.

If you’ve used experienced professionals, they’ll know how to deal with this. If you’ve done the work yourself, it is probably easier to compost or burn the waste on your property.

It’s an offence to plant it, or to cause it to spread. This means you also need to be careful when disposing of giant hogweed, so you don’t accidentally spread seeds.

You aren’t legally obligated to remove giant hogweed from your land – but, if you allow it to grow onto other people’s property, they could take a private ‘nuisance’ action against you. In theory, local authorities could also formally require you to control the spread of giant hogweed on your land (using a Community Protection Notice). 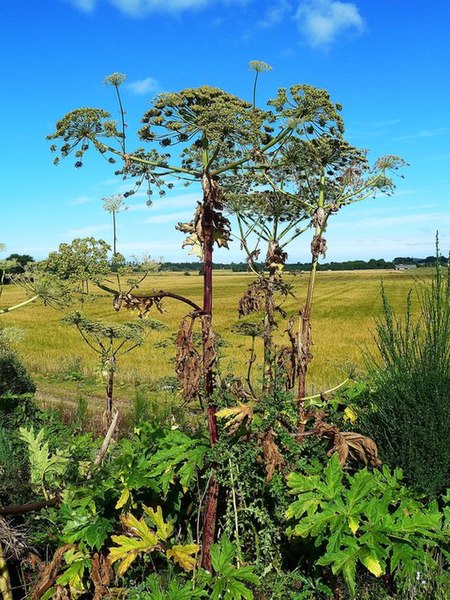 Giant hogweed looks very similar to some common native plants, but there are some ways to tell them apart.