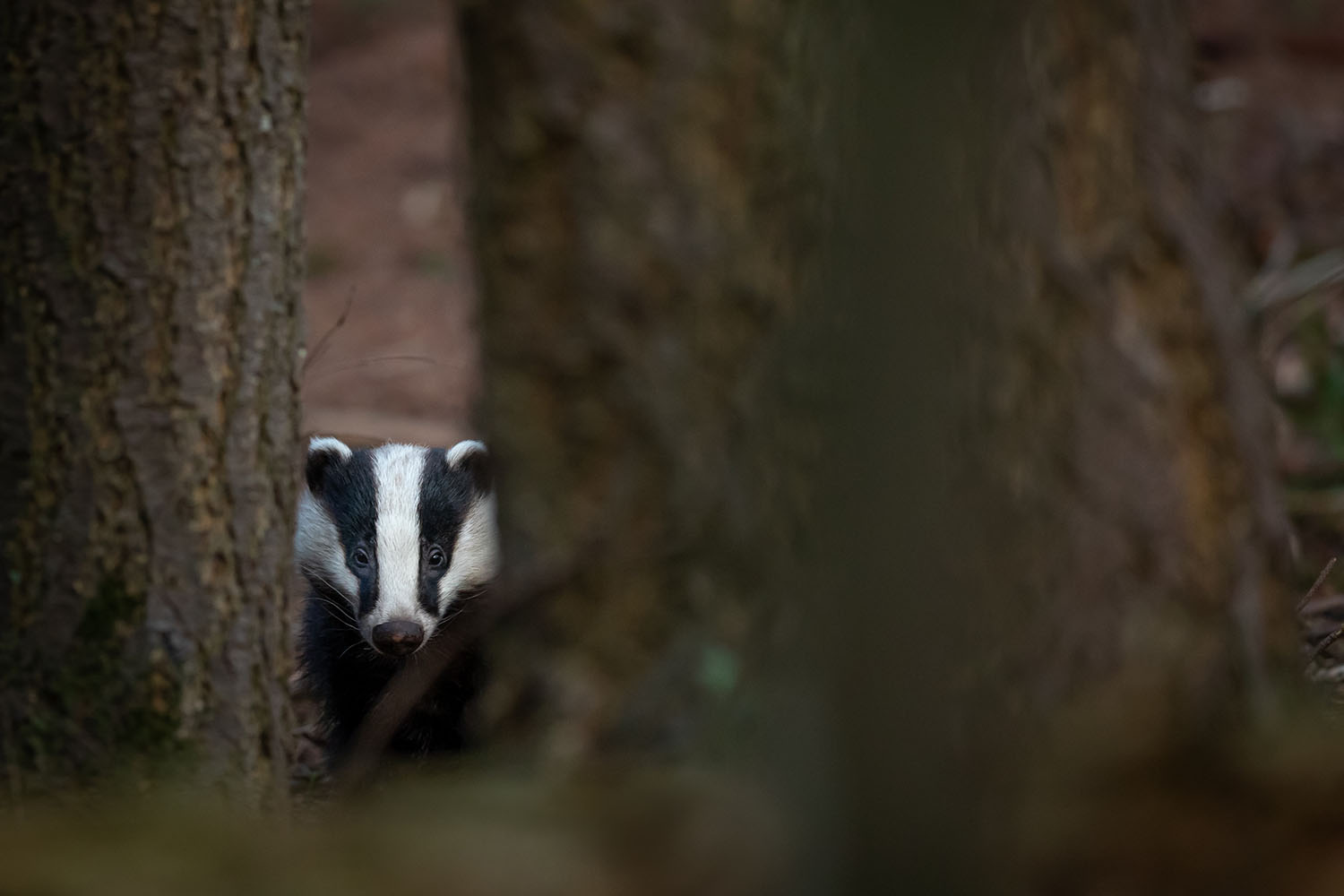 bts Group Ltd was scheduled to clear vegetation from an SSEN line in the grounds of Corsindae House – a 16th-century castle just north of Midmar, Aberdeenshire. The work was part of a four-year cycle to maintain SSEN overhead powerlines.

This would usually be a no-fuss job, but a survey revealed a badger sett in the vicinity.

Badgers and their setts are safeguarded by Scottish law, under the Protection of Badgers Act 1992 as amended by the Wildlife and Natural Environment (Scotland) Act 2011. Moreover, bts prides itself on environmental responsibility. We commissioned specialists to assess the impact any work would have on the badgers.

Landcare NorthEast, an independent ecological consultancy and wildlife advisory service, surveyed the sett for bts. The consultancy produced a Badger Protection Plan, which laid out the details of the badger sett and the recommended protection measures.

Surveying a badger sett is an involved process. Landcare NorthEast surveyed a 50m radius from the setts and proposed work area. Chartered environmentalist Steff Ferguson looked for signs of use like footprints, hair stuck to the wire of fences, faeces (often found in badger ‘latrines’ – small excavated holes) and runs/paths connecting the burrows.

Steff also consulted the owners of Corsindae house, as well as a member of staff from the estate, which helped confirm the activity and some of the badgers’ habits. The residents said badgers were often spotted foraging in the area of the sett – and that the nocturnal animals were well used to human and vehicle presence.

The report described eight sett entrances, all well used with examples of fresh footprints and digging.

1. Temporary disturbance to the badgers from noise and the presence of crew

2. Damage to the sett’s structure from machinery and/or falling branches

As the works had the potential to cause disturbance, bts needed supervision from a licensed badger ecologist. Steff Ferguson from Landcare NorthEast was the obvious choice, as the surveyor and report author.

bts scheduled work for 29 November, just before the badger breeding season (1 December to 30 June), which meant we avoided the badgers’ most vulnerable times.

To further minimise disturbance and avoid damage, the report laid out protection measures to be observed in a 30m radius: the ‘restriction zone’.

The restriction zone was kept free of vehicles and heavy machinery, except for on the existing tarmac track, which was already frequented by traffic from the road to Corsindae House.

Work was to be completed quickly and within daylight hours: a window starting one hour after sunrise and finishing one hour before sunset. This meant the badgers wouldn’t be out and about while work was ongoing – and, if we got the job done promptly, wouldn’t lose too much kip.

All site crew were briefed on the sett and the protection measures.

Work was completed on 29 November, so bts avoided the badger breeding season.

The branches were cut back safely, efficiently and without incident, to the satisfaction of SSEN and – presumably – the badgers.